People come to Wolfgang’s Steakhouse for more than a meal, they come for an experience. Ever since Wolfgang Zweiner– armed with decades of experience working in one of New York’s most established steakhouses– opened the first Wolfgang’s Steakhouse in New York, his eponymous restaurant has been drawing people from all over the world.

On any other night that you step inside Wolfgang’s Steakhouse, you are transported to that legendary room in New York, with its handsome interiors and unique, old-world charm. The mahogany wood bar, wooden-planked floors, alabaster chandeliers, and mosaic tiles make for a luxurious dining experience.

But on Saturday nights Wolfgang’s Steakhouse is about to enrich its atmosphere and dynamic with its’ successful concept worldwide, done for the first time in Cyprus. “W Nights”, a fresh event tailor made to the character of Wolfgang’s Steakhouse. Indulge in sizzling steaks and smoking cocktails and unwind as Sir Styles will selectively play the soundtrack of your night. 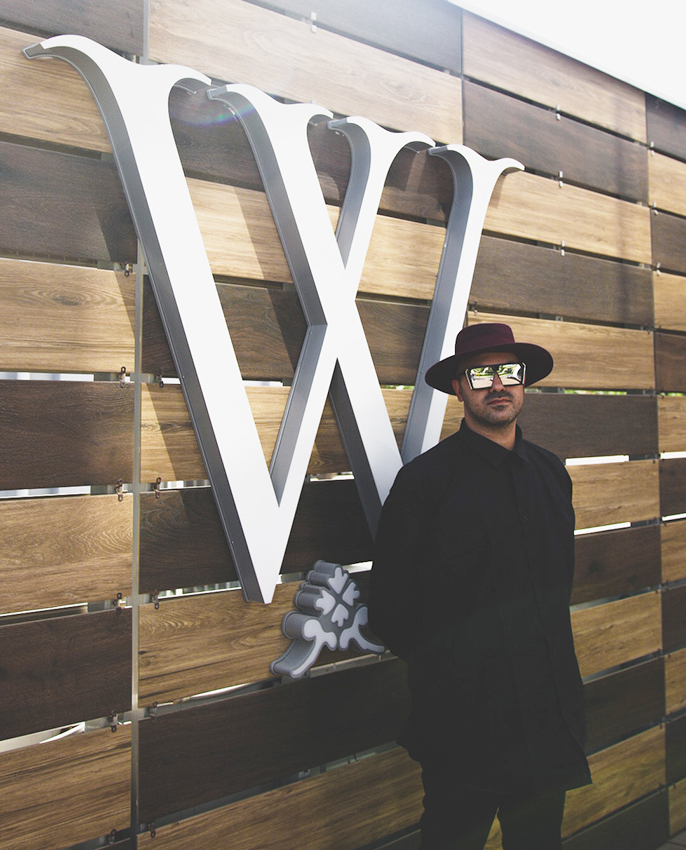 An Interview with Sir Styles

Sir Styles first tell us a bit about yourself and how you came up in music:
I’m part Cypriot, born and raised in Greece for the most part and I got into music at the age of 7. I was 11 when I took the decision to get involved in electronic music and perform as a DJ. Since then it’s just been an amazing trip with ups and downs but great moments for the most part.

What are some of your proudest moments during that time then:
Hmm, performing-wise I’d say, touring in China and being called to play at Amsterdam Dance Event, a cornerstone conference/festival in the industry world-wide for the past 4 years. On the music side, I’d say is charting at the top 5 of Beatport, which is considered the no.1 digital electronic-music store.

How does your performance and productions differentiate you from other artists:
Coming up in Greece I had to listen to many and various genres of music and play in all sorts of places where, believe-it-or-not, making a party was not the main goal. So I learned from a very young age that a track’s quality doesn’t have to do with the style of music or country it’s from. This is reflected in my productions and sets.

And how do you plan to put that in effect when playing in Wolfgang’s Steakhouse:
The music in Wolfgang’s should reflect the quality of the food and wines and cocktails and it should fit and reinforce the atmosphere that is perfectly set by the wood in the interior and the garden. This is my goal.

What’s your forecast for “W Nights”:
I’m delighted to have been the one trusted with curating the music of “W Nights”, the concept is a fun and mature international staple with loads of things to be discovered. That is a perfect combination as far as I’m concerned and I think that they will thrive in Cyprus.